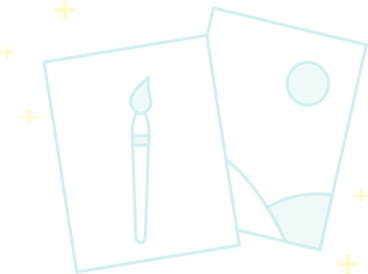 "Amber is, in a word, awesome. Diligent, organized, knowledgeable, high energy and, best of all, always in a good mood. She keeps everybody on track and upbeat and clients appreciate her listening skills and ability to solve problems at high speed." 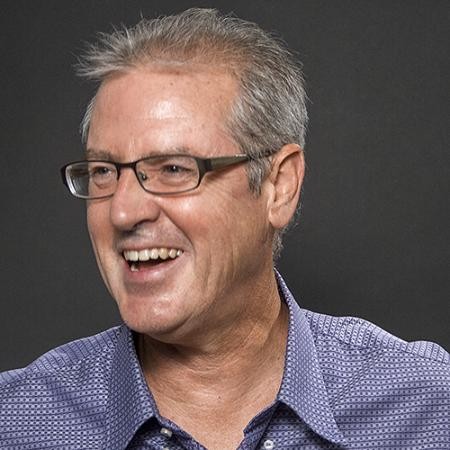 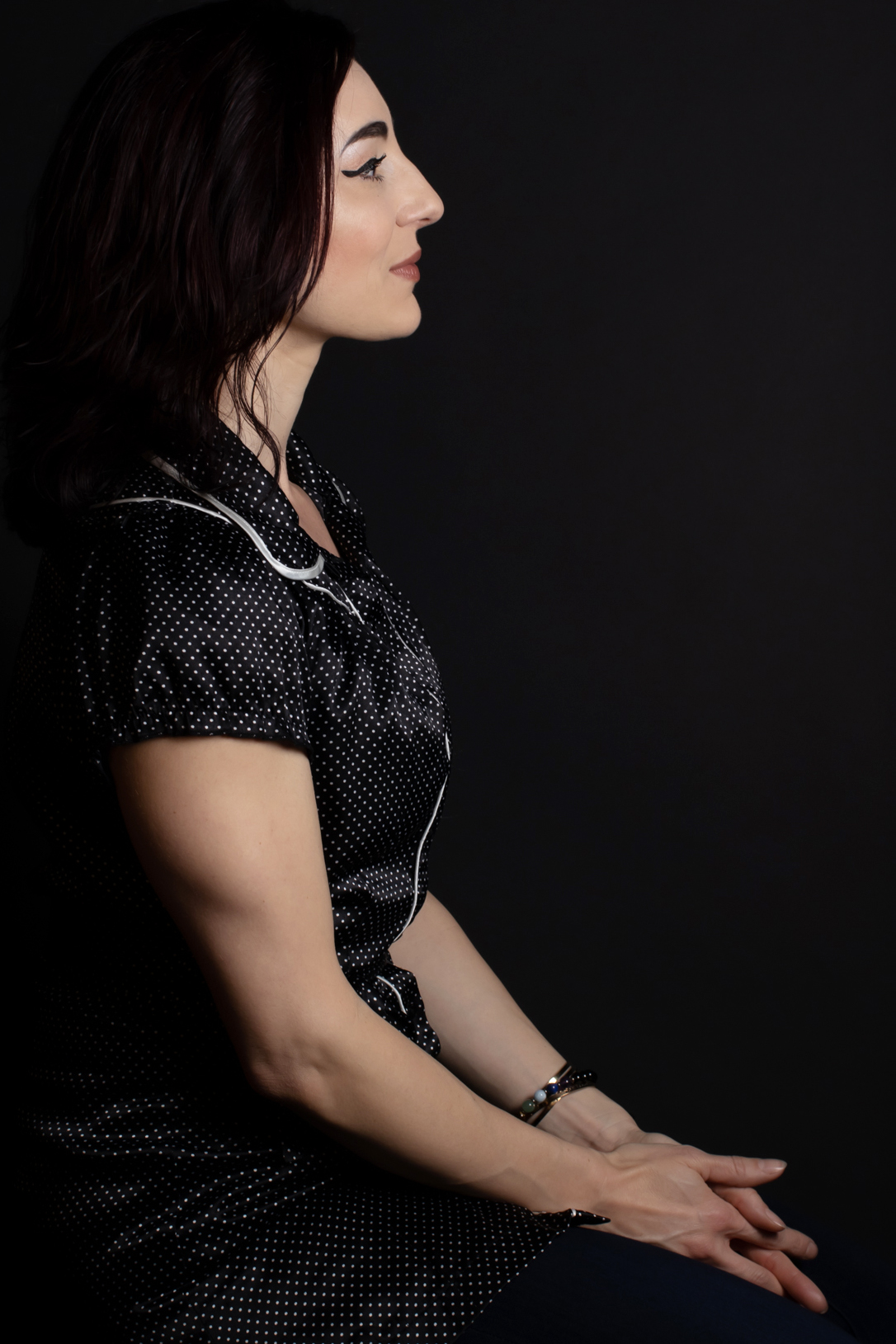 After three years as a graphic designer I moved into the land of web and have been both making plus optimizing websites for 15 years now!

Eight of those years were spent in SF working in boutique ad agencies and tech start-ups as a marketer and project manager. Those scrappy small companies required me to morph into any role needed to keep my projects moving forward when we didn’t have a dedicated specialist: copywriter, designer, analyst, strategist, etc. As a result I’ve become a very well-rounded marketing generalist with a wide skillset.

For the last four years I’ve been specifically specializing in increasing website conversions for my clients. When we work together, I take all of this experience and apply it to your project. The goal is to increase your website performance, and I’m happy to wear whatever specialist hat is required to achieve that for you.

see my digital resume on linkedin >

Want to work together? Let's talk >

My college years were spent at Chico State University in Northern California. I graduated with a double major: BA in Communication Design, Option Graphic Design + a BA in Spanish. I had an internship at the on-campus design studio that catered to local businesses and on-campus groups. After six months I was promoted to lead designer and the Creative Director had me dedicate part of my time to account/project management, helping to run the studio (this last sentence is foreshadowing, folks).

I ended up down in Orange County Southern California after graduation and freelanced in some agencies then landed a full-time gig as a print designer. I was a very precise designer but I struggled to be wildly creative on a daily basis, generally preferring production work to design work. My collegues loved working with me because I was organized and articulate.

"Amber is an exceptional candidate for any position or task involving creative solution conception and execution, project management, and coordination of culturally and professionally diverse teams. She builds affection and support among colleagues and clients. While her project execution is so deft as to be nearly invisible, her results are stellar. "

At the venerable age of 25 I had a total quarter-life crisis and decided I hated everything (work/love/the OC). Solution? I moved to Argentina sight-unseen with little to no plan.

Turns out this was a spectacular career move. After trying to teach English unsuccessfully for a few months I got desperate and just started trying to get ANY job that would take me. The issue was that I was an illegal immigrant at this point and all I had to sell was my English. Thankfully I landed a gig answering phones at an outsourced call center for a Real Estate Lead Generation company called Lead-To-Realty.

Earning Argentine pesos will really make you appreciate how amazing our US dollars are! I was dirt poor, living in a home that was tantamount to permanent camping and teaching English before and after my eight hours answering phones all day.

That Communication Design degree actually paid off, though! The founders of the company noticed I had some marketing savvy. They promoted me to New Projects Director and it was essentially marketing bootcamp. I worked with a team of Spanish-speaking designers and engineers and I was the marketing lead + the English. I ran social media campaigns, authored emails, wrote copy for and project managed entire new websites, deciphered our google analytics account and figured out the algorithms for a new Facebook app. I freaking loved it there: for two years every day was different and I was learning constantly.

"Amber is one of the most energetic and dynamic persons that I have ever met. She brings a positive energy to any project and is able to tackle the most complex tasks without hesitation. She's a top performer who's not afraid to push the limits." 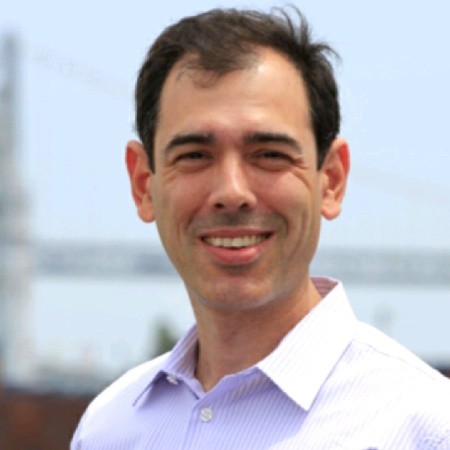 After two years of scrappy Argentina life I was ready for some US comforts and returned “home” with my heart set on moving to San Francisco. I managed to get a job at an ad agency in SF. In that role I was the head for the Wrigley Account (Altoids, Juicy Fruit, Skittles, etc) and I learned that I don’t like working 12- to 16-hour days 7 days a week and sleeping on the couch for 5am sales pitches. I also learned to choose my words carefully because ad agency people can really be as mean as they are on TV (sleep deprivation will do that to you).

After the ad agency initiation to SF I ended up back in lead generation, this time for the Education sector working at a tech company/media agency called Tightrope Interactive. I worked hard there but at least work/life balance existed! Since they were a small company I was the project manager and beyond: I jumped in and helped with any and everything needed to make our projects a success.

One of the highlights of my career was launching a testing and optimization program to optimize Tightrope’s education lead generation form flows for PPC campaigns. I ran user tests to determine pain points, then worked with the creative team to create the assets for A/B and multivariate tests designed to optimize the landing pages and forms. Over the course of a year, my team and I were able to incrementally improve conversion rates for the campaign by over 200%. As the initiator of the program, I defined our testing methodologies, chose our tools and figured out how to analyze and present test findings to the entire organization. I personally set up, started, monitored, analyzed data and ended/implemented the tests. I also documented our process and created a knowledge hub to house testing summaries. The project management department grew and I was given two direct reports who I made into total testing enthusiasts as well.

"As complicated as digital projects can get, Amber never loses her cool. Her ability to provide senior level digital expertise is invaluable. She also introduced our agency to new industry trends and solutions that allowed us to communicate better internally and with our clients." 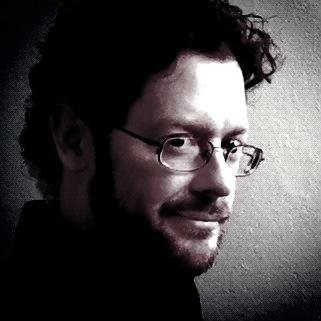 With over a decade in the land of digital marketing labeled as a project manager I got some lucrative opportunities at large companies: first working dedicated to the client Kaiser Permanente through the consulting agency Centric Digital and later as a Digital Project Manager for Fitbit. The tragic thing that happened here is that the more money I made and the larger the company I worked for, the less I was allowed to do. Turns out in a big company there are dedicated roles for everything and you’re supposed to stay in your box. In fact, if you try and leave the box people get mad at you. According to society and my salary I was “successful” but I felt stifled and frustrated.

After all the marketing experience I had collected, I couldn’t help but have opinions and ideas. I am not going to be satisfied making project schedules and doing process optimization; I have a more magic to offer than that, people.

I took the leap and quit not just my SF job but my entire SF life to chase my passions and start living with more soul.

"Amber is smart as a whip, professional, and results driven." 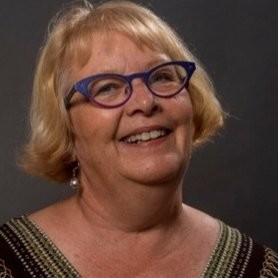 Conversions coming to you from mexico city!

After I broke up with San Francisco I wandered the globe for six months as a digital nomad. It was time for a career revamp, and I decided to go all-in on the specialty I most enjoy: conversion optimization. I began picking up remote freelance projects with private clients and white-labeling through agencies.

It quickly became clear my instincts were right: conversion optimization is an ideal profession for me. I get to combine all of my years working on websites with my creative background. Some days I write copy, some days I do design, other days I interview customers and craft brand messaging or mastermind test plans for clients. I love the variety and I’m good at it. Peek at my results page for proof!

I’ve chosen Mexico City as my permanent home. Central time zone works perfect for my clients and flights to the US are quick and easy. Here in CDMX I am indeed able to live with more heart and soul. I’ve found an amazing spiritual community and now sing mantras and regularly host Kirtan events at the spiritual center BeTranspersonal. If you want to sing with me, check out my instagram for event announcements (in Spanish).

As of May 2021 I’ve chosen to do conversion optimization consulting exclusively through the agency Conversion Rate Experts. It’s a multi-layered specialty so having the support of analysts, creatives and developers allows me to best serve our clients. I still accept occasional digital marketing projects from private clients for website strategy, brand positioning and conversion-oriented creative.

Want to work with me? Send me a message! >

Conversion Rate Experts
May 2021 and beyond
Worldwide

"You guys are rockstars. I've seen MANY an agency & have never been impressed until now." – Compliment after a client engagement in partnership with the agency Decoder Digital 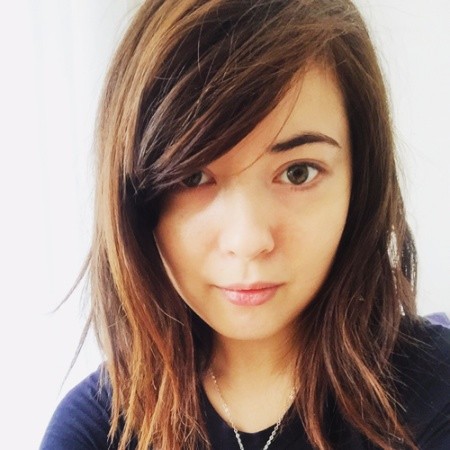